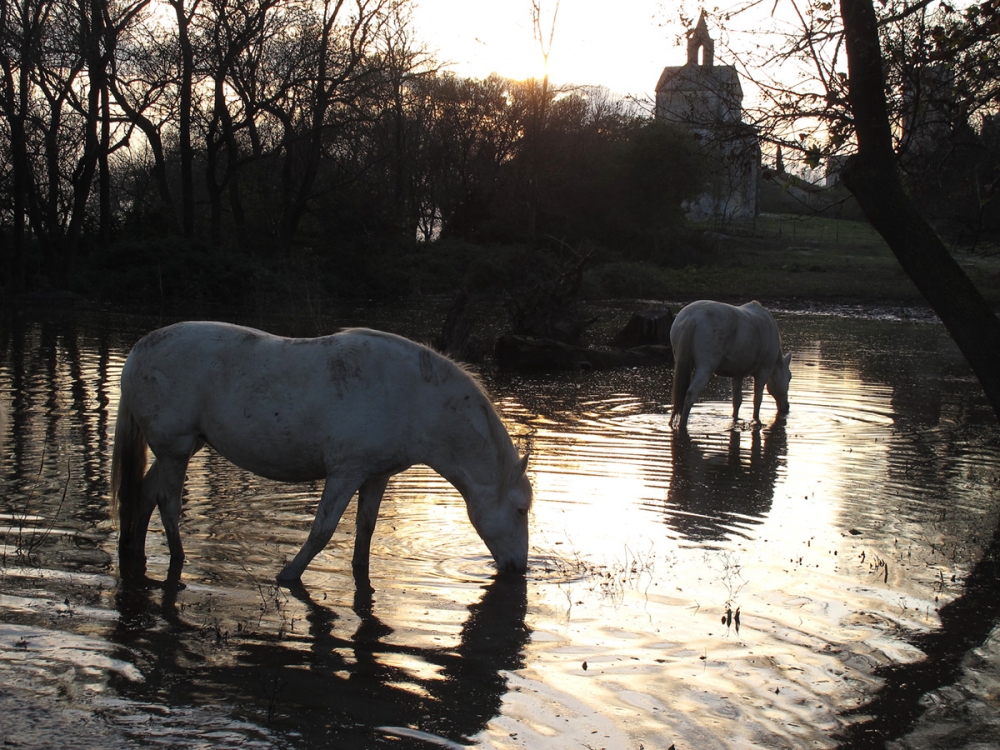 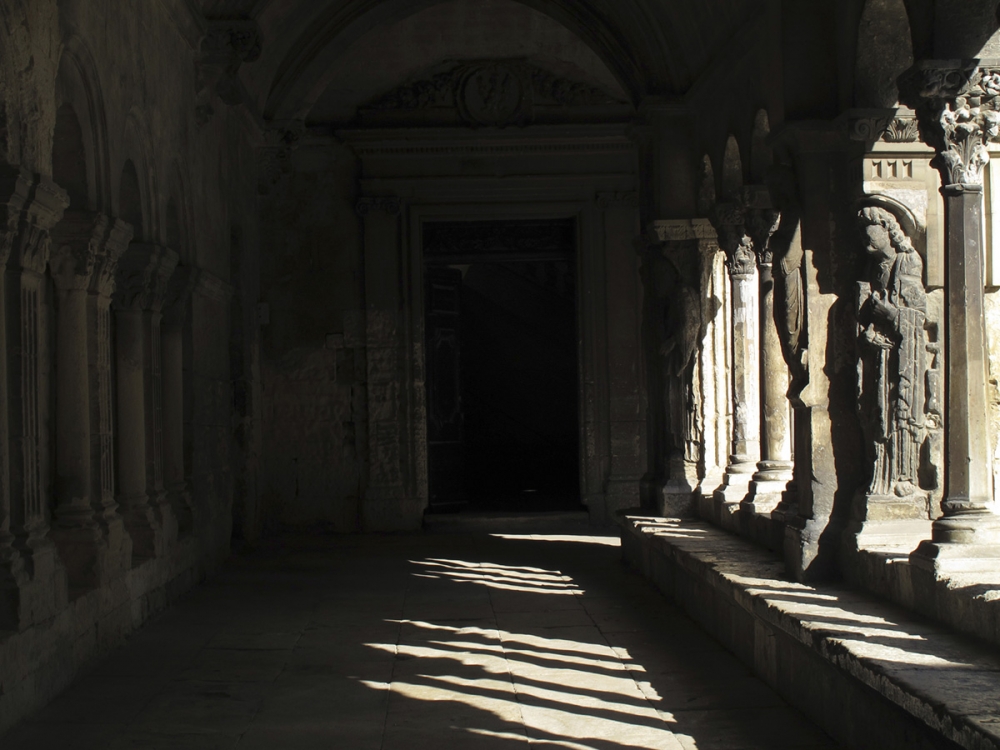 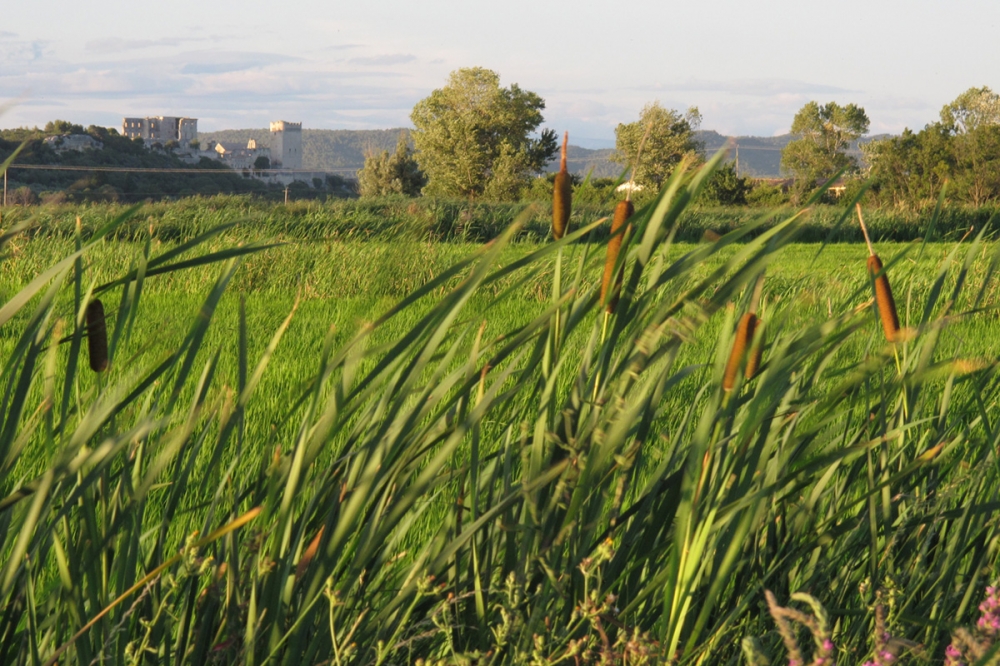 Mystics, arts and the history of Provence Photo Tour

« When the good Lord comes to doubt about the world, He remembers that He created Provence. » Frédéric Mistral (1830-1914), Nobel prize of Literature

On this photo tour, immerse yourself in the mystical history, arts and landscapes of Arles, the Camargue, the Alpilles... From remote antiquity to modern theories, through the Celts, the Greeks, the Romans, the early Christians, the Middle age... The Gypsies, Maria-Magdalena and Nostradamus... And all while improving your photography!

Provence, the promised land of the peoples of exile : first Christians, Gypsies, Jews and troubadours Provence is a land to be reborn, it was the shore of a new faith bearing hope and love and it remains
a destination that makes the world dream, like Tuscany and the Renaissance to which it is linked by beauty, troubadours, courteous love, the Marquis Folco de Baroncelli. The four elements: earth, air,
fire, water, are in a great purity by the sand or rock, the wind named Mistral, the light, the sea. Nostradamus had Jewish origins, but well before him, Provence was the place where the Hebrew
Kabbalah appeared, between Lunel and Vauvert, at the end of the 12th century, in the middle of the Arthurian wave. Holy Blood, Holy Grail by English historians M. Baigent, R. Ley and H. Lincoln, and The Mysteries of the Great Cross of Hendaye by American V. Bridges and J.Weidner investigated and celebrated prehistoric, antique and medieval Provence, a place of meeting of many people and traditions : Phoenicians, Celts, Roman, early Christians, Wisigoths, Maurs, Jews, Gypsies. At the end of the 19th century, Nobel prize Frédéric Mistral chanted the Provençal tongue and in the 20th century and Van Gogh painted its landscapes. Folco de Baroncelli worked for the rebirth of gypsy traditions. Arles has become a capital of photography.

Arles (W.H. UNESCO) has become a capital of photography. Its astonished Van Gogh. The door of the Rhône delta « the little Rome of the Gaul » was also a high place of Christianity. Beautifully preserved archeological remains and arts, medieval and alchemical churches, folkloric traditions, typical and cultural life. The cathedral of Saint-Trophime, where emperor Barbarossa was crowned, was celebrated by Fulcanelli in The mystery of the cathedrals and its cloister is considered to be the highest energetic place of Christianity. The Alyscamps are the second widest necropolis after Rome, mentioned by Dante, and the starting point of the pilgrimage of Santiago de Compostela along the Arles way.

The white and green hills of the Alpilles host beautiful villages in the midst of Van Gogh lanscapes, with neolithic tombs, disappeared celtic capital of Ernaginum at the crossing of ancient routes, and the birthplace of Michel de Notre-Dame : the great seer Nostradamus in Saint-Rémy de Provence, with the Celtic and Greek archeological site of Glanum and the ancient hospital where Van Gogh lived and painted. Montmajour abbey is one of the most renown of Provence and Les Baux de Provence, supposed to have seen king Balthazar, offer an incredible views. The royal castle of Tarascon was the home of courteous King René d’Anjou next to Martha’s tombe.

Avignon, the City of the Popes (W.H. UNESCO) on the river Rhône has of the most preserved rampart of France. The Popes castle and the Old Town offer infinite walks across history

The promised land of the Gypsies from the Renaissance was the arrival point of the boat with Mary-Magdalene, Mary-Salomé, Martha, Lazare, Joseph of Arimathea and many others early Christians that spread the new faith in Europe at the very dawn of the 1st millenium CE. Les Saintes-Marie-de-la-Mer are the main Gypsie pilgrimage with the statue of Sainte-Sara in the church where the remains of Mary-Salomé and Mary-Jacobé where found. Pure elements, a natural life sanctuary, wild beaches and white horses, gypsie music. The abbey church of the small town of Saint-Gilles, famous for its crypt and sculptures, and very important for the Crusades, the Templars and the knights of Saint-John of Jerusalem, on the Santiago way, was one of the most important medieval pilgrimages and forms a sacred triangle. along with Arles and Les-Saintes-Maries-de-la Mer.

Place of retreat of Mary-Magdalene, the Sainte-Beaume mountain and its old growth forest were already a Celtic sacred place and became a great destination of pilgrimage. The Holy Cave of the « First of the apostle » has been reached by kings and poets for two millenia. The tomb of the saint is nearby, in the crypt of Saint-Maximin-la-Sainte-Beaume basilica.

Cosmopolitan Marseille, the most ancient great city of France with the Vieux Port and Notre-Dame de la Garde, was the European capital of Culture in 2013. The cliffs and creeks of the Calanques sanctuary are a unique place in France.

The roman spa city of Aix-en-Provence (UNESCO) cultural and historical capital of Provence, is famous for its squares, fountains and palaces.

François-Marie grew up in Arles and has lived in Aix-en-Provence, Montpellier and Marseille. He has guided tours in Europe, India, Middle East and Central America and is the author of Q(o)uest, les chemins du Graal.

Don't hesitate to get in touch for more information.

What is not included but recommended for the experience

Other listings from FP