I'm a professional photography guide and have been leading and planning wildlife and bird photographic safaris since 2016. I am extremely passionate about nature, from a tiny jumping spider to a bull elephant. Here I capture some Female Southern Rock Agamas in conflict in while bird watching in Walter Sisulu National Botanical Gardens in South Africa... 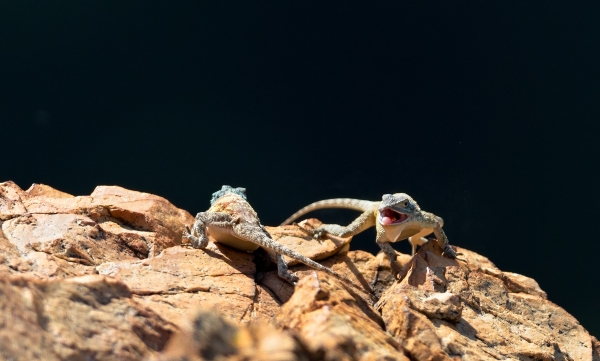 I spotted a conflict between two female Southern Rock Agamas on an outcropping. Both were about the same size and they were fighting each other with their mouths open. This behaviour was a first for me, so I was very interested in what was happening in front of me. The one female definitely seems to be carrying eggs, probably both and it is very interesting that they are antagonistic if they are carrying eggs. 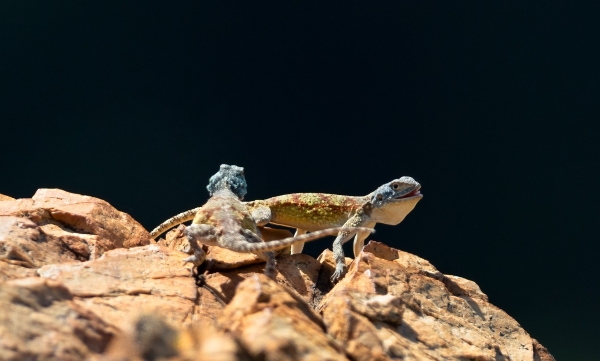 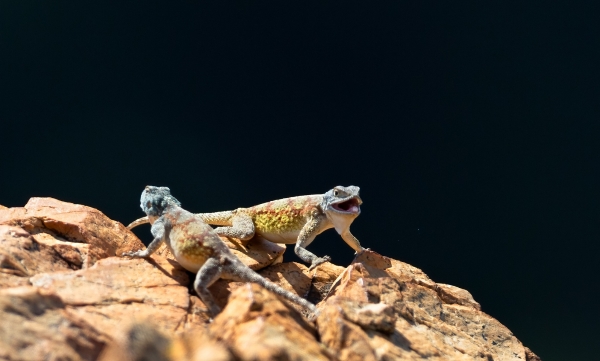 Based on the sequence of photographs it is clear that the agama on the right attacked the other by launching herself towards the tail of her opponent. Once she secured the tail, she started rotating her body by using her powerful hind legs. The rolling behaviour instantly reminded me of the terrifying death roll of a Nile Crocodile, which is sensible since they are both reptiles. 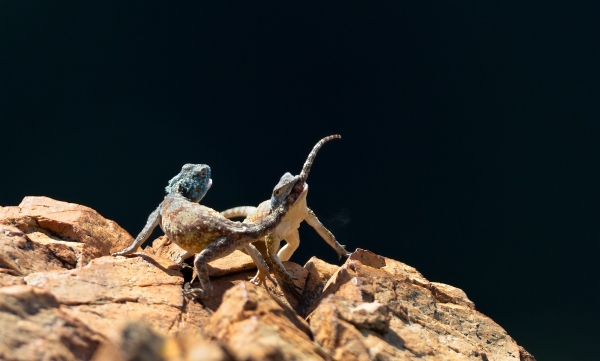 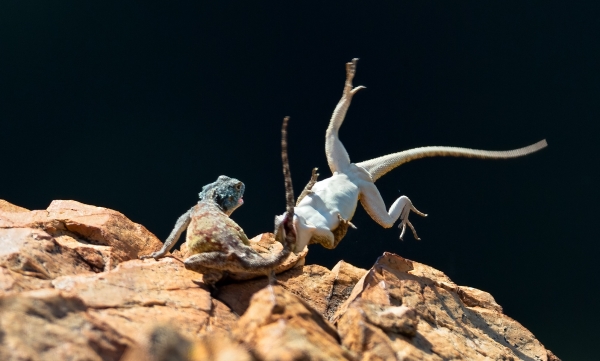 My camera takes 12 photos per second. I calculated that the aggressor managed to do three rolls in 0,58 seconds while biting and holding the other agama’s tail. This is mind blowing! 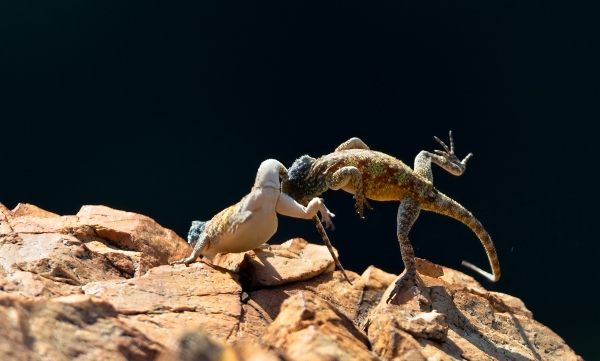 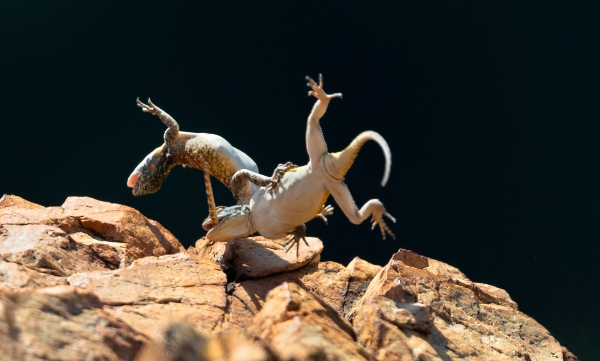 As I was photographing this, it felt like one quick blur. I do not know much about the dominance behaviour of reptiles, but my guess is that the one tried throw the other off the rocks. While I was watching, however, they both just rotated at a very high speed. Neither appeared injured from this exciting, dramatic encounter. 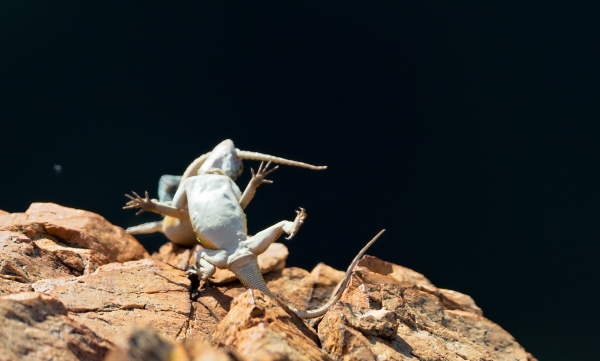 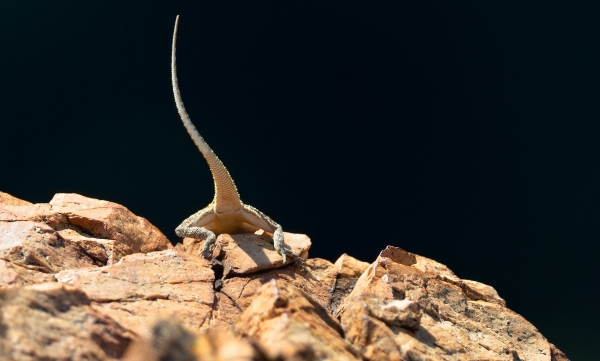 If you would like to learn more about photographing action go to www.clik-trip.com